A downloadable game for Windows and Linux

This game was made for Ludum Dare #33.

As the moon rises, a terrifying shadow comes out of its lair! Nosferacula is thirsty for blood and he also needs sacrifices to build his army.

During the night, go to the village and to the house's windows. You can either hipnotize the villager or drink his/her blood.

Hipnotizing a villager sends him/her to your castle to become a sacrifice. They have to arrive there before dawn.

During the day, angry villagers will try to destroy your castle, more villagers each day. If they succeed you lose.

Spend your sacrifices in your castle to create zombies. Zombies will fight the villagers, but they only last one day, so it may be useful to save some sacrifices for later.

Click on the baloons that appear in windows(night) to hipnotize or drink blood, and in your castle(day) to spend your sacrifices to spawn zombies.

(Jam version) After selecting the baloon to either drink blood or hipnotize, click repeatedly on the screen to actually do what you chose.

That's it - have fun!
How many days can you survive?

What is different in post-jam version:
-Fixed the blood bar bug. 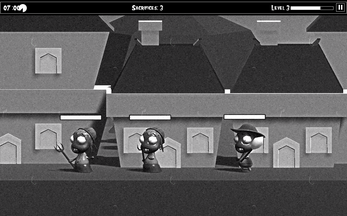 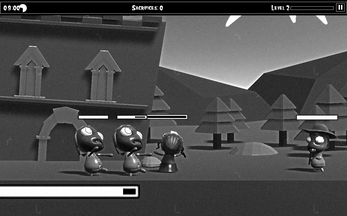 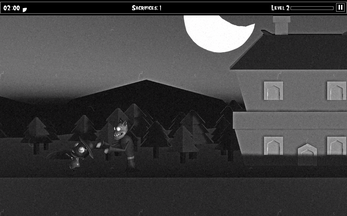 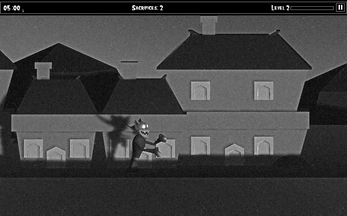